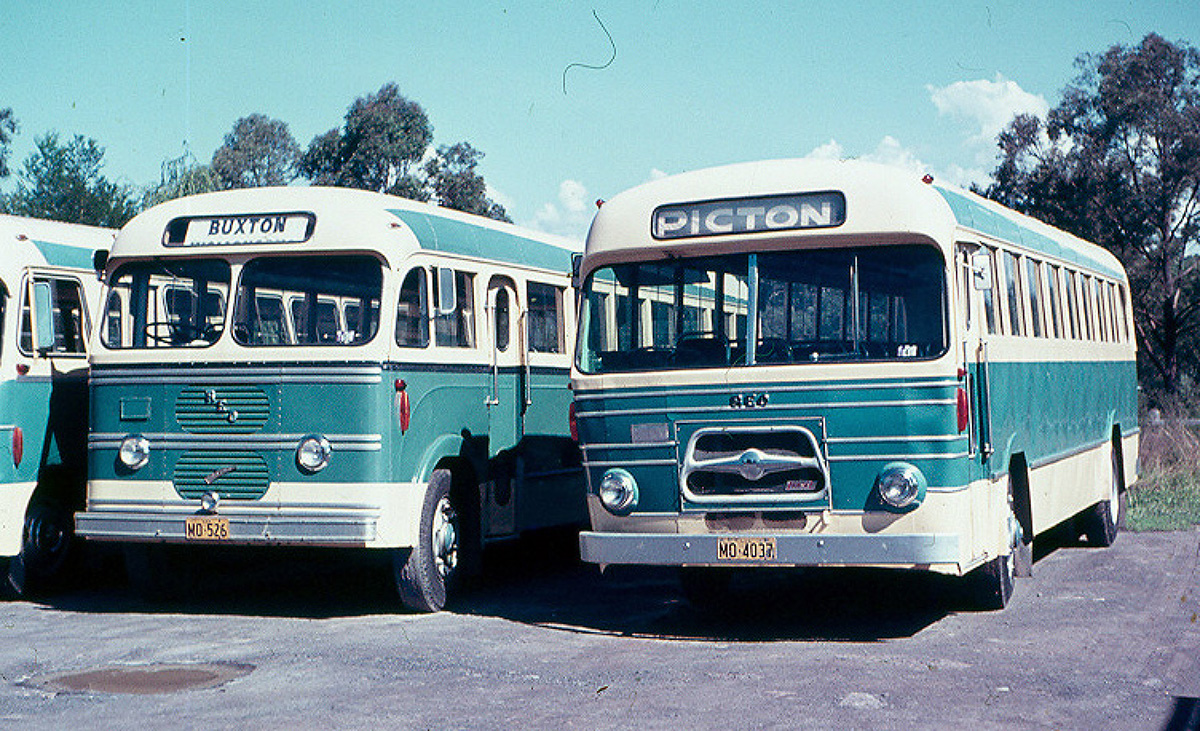 In July 1945, the Transport Department awarded the first bus service licence in Picton to Mr L.S. (Stan) Rutter. Also known as ‘Tiger’ from his successful boxing career, Stan had returned from 16 months of service in the RAAF in New Guinea. Stan operated services over the very poor road conditions in the area until February 1949 when he sold the business to the Camden based bus partnership of Mr George W. Higlett and Mr Gordon L. Lee.

Gordon and Irene Lee ran the two-bus Picton operation from a location at Redbank opposite Carlton Stud while raising three children. On June 3 1974 as the business grew, it was incorporated as Picton Omnibus Service Pty Ltd. Following Gordon’s passing, his wife Irene and eldest son, George, continued operating the business, later changing the name to Picton Coaches.

On Monday 30 August 2021, following the passing of Peter Simpson in May 2020, the shareholdings were restructured and full ownership was transferred to the Ferris Family.

With 28 buses and 35 staff, the business operates from the state-of-art depot in Wonga Road, Picton, providing school and commuter services to the Wollondilly’s towns and villages. The operation serves the communities of Picton, Thirlmere, Tahmoor, Bargo, Wilton, Yanderra, Buxton and Lakesland through to Camden, Narellan and Campbelltown to the north.

Our Network and Location

Picton Buslines acknowledges the Traditional Owners of the land in Wollondilly, the Dharawal and Gundungurra peoples and pay our respects to Elders past, present and emerging. We celebrate the stories, culture and traditions of Aboriginal and Torres Strait Islander Elders of all communities who also work and live on this land.